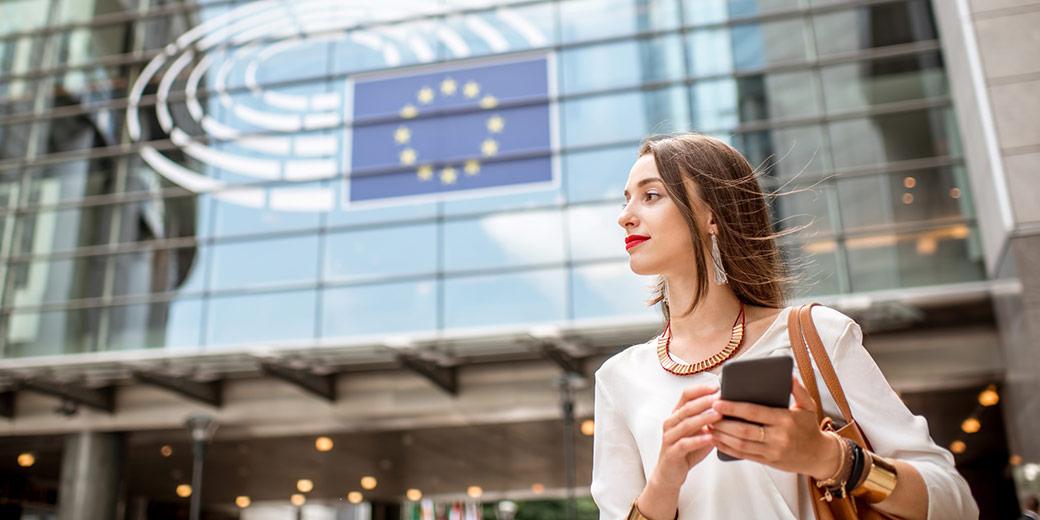 In our survey of media publications, we have seen some commentators argue Q3’s slower eurozone growth presages recession, but we think this conclusion is premature. Growth headwinds cited in much of the recent commentary we encountered seem overstated. Meanwhile, solid underlying fundamentals indicate the eurozone’s expansion is on firm footing, in our view. 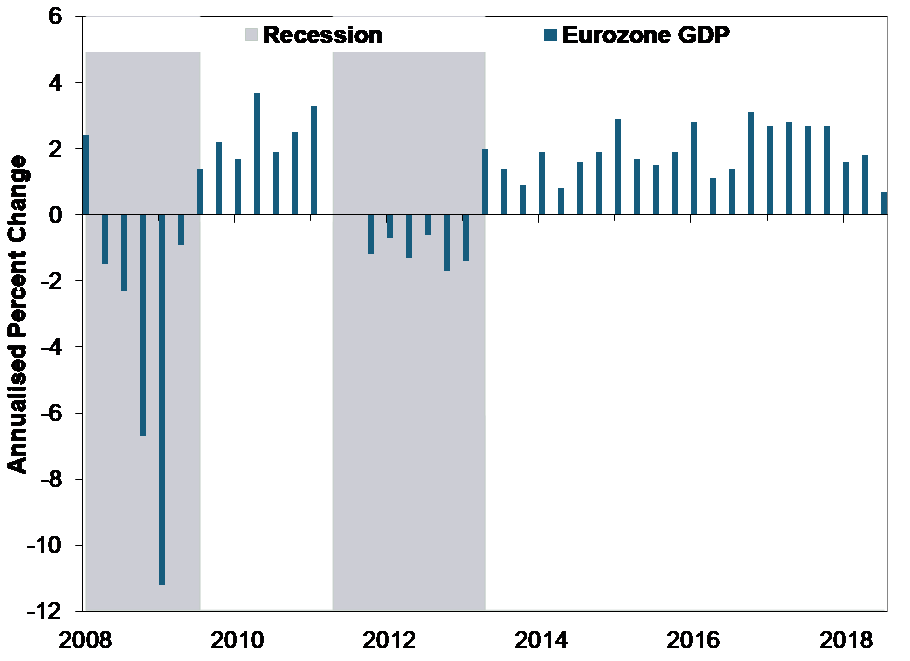 However, slowdowns don’t automatically translate into recession. As Exhibit 1 shows, the eurozone has experienced several slowdowns since its expansion began in 2013. In Q2 2016, GDP growth slowed from 2.8% annualised to 1.1%. But that didn’t presage sequential slowdowns. Rather, GDP reaccelerated in Q3. Slowdowns in 2014 and 2015 turned out to be blips, too, despite widespread media warnings otherwise at the time. In our view, it is wrong to presume economies follow laws of physics like momentum. Rather, quarterly data are normally variable.

Many cite global trade tensions, Italian budget disagreements and Brexit as cause for alarm today. All these fears may dampen sentiment and growth, but we wouldn’t overestimate their effect. Tariff actions to date only amount to a sliver of global economic output—less than 0.3% of global GDP—too tiny to derail expansion, in our view.v Italy’s political uncertainty may be temporarily weighing on output, but once business owners gain more clarity, we think normal commerce should resume. The same should happen, in our view, once investors gain more clarity on what Brexit will look like, enabling them to execute contingency plans as needed.

Moreover, forward-looking indicators still point to growth ahead. The yield curve—a representation of sovereign yields from one issuer or issuer type arranged from shortest to longest maturities—is positive and steepening. According to the European Central Bank (ECB), the average 10-year sovereign yield is 1.9 percentage points above the average 3-month yield.vi Over the last two years, the eurozone’s yield curve has steepened by about 30 basis points (or 0.3 percentage point).vii Lending is picking up. Because banks borrow on a short-term basis—their cost of funding—and price loans they make based on longer-term rates, the yield curve is a close proxy for their profit margins. The steeper the yield curve, the higher banks’ margins typically and the more willing they are to lend. As of October, private eurozone loans rose 3.3% y/y—near a decade-high rate.viii (Exhibit 2) The ECB’s latest Q3 bank lending survey also points to easing credit standards and financial institutions’ increased willingness to lend.ix Rising business and household demand for and access to credit should continue driving broad economic growth, in our view. 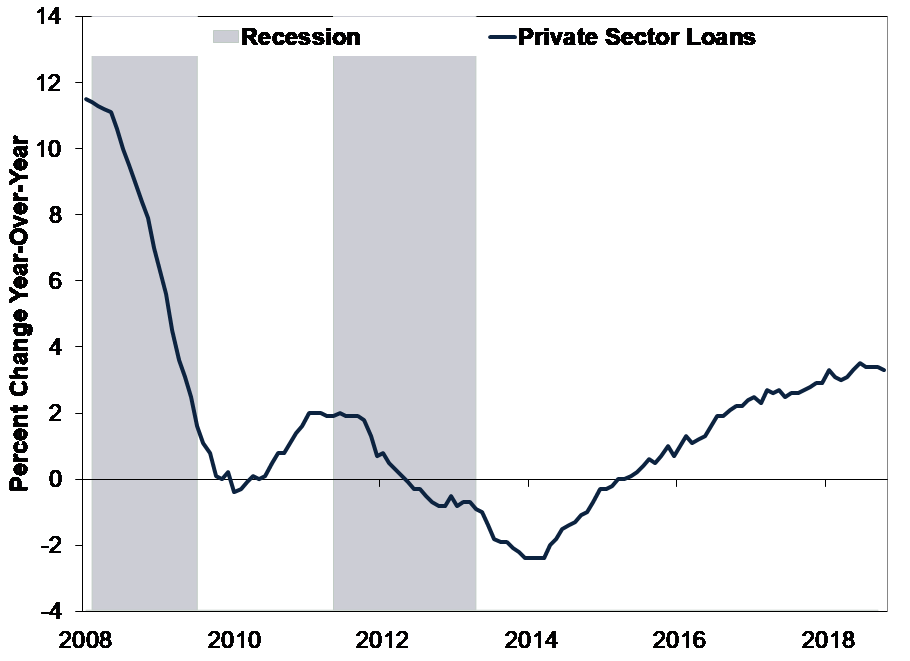 Many in our sampling of the financial press extrapolate the eurozone’s current slowdown into a downturn, but we think this ignores many mitigating factors, implying sentiment broadly underappreciates reality. The eurozone’s economic foundations are sturdier than commonly presumed, in our view. Based on our research and analysis, these conditions provide a tailwind for markets as growth chugs along and fears fade.