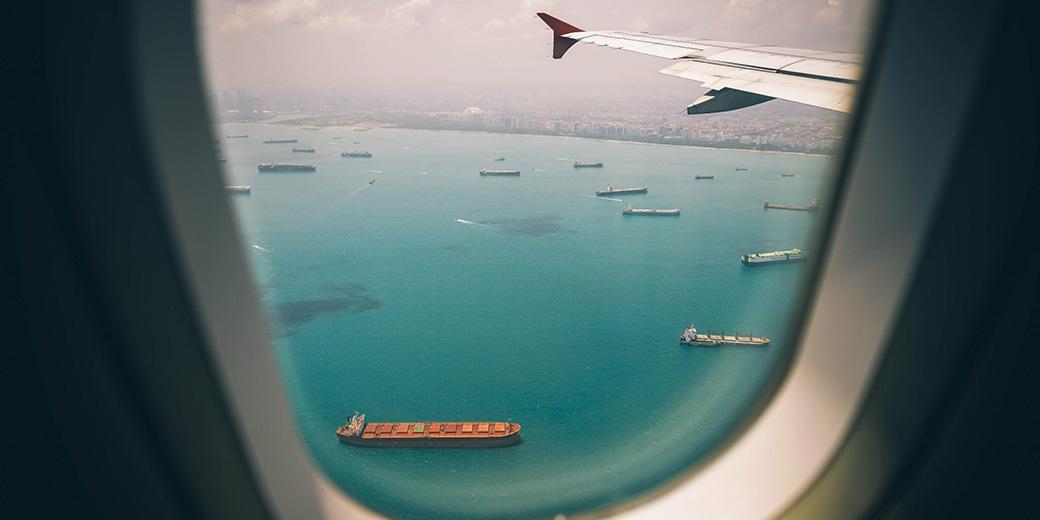 Amid the many negative trade headlines we have seen recently in our survey of media publications, it is perhaps easy to overlook positive trade developments. But several new trade deals are in the works and nearing completion, underscoring what we think is a bullish gap between sentiment and reality on trade.

Now, you don’t need a trade agreement to export to a partner nation or import from one. Those decisions are made at the business-to-business or individual consumer level. However, trade barriers erected between nations—tariffs (taxes on imported goods), quotas or other barriers—can impact businesses’ and consumers’ decisions by meddling with prices and convenience. Hence, we think free trade agreements can aid businesses’ ability to conduct international transactions, greasing the wheels for commerce.

Whilst it seems to us most media focus lately is on the tariff squabbles between America and China, there have been moves to ease barriers elsewhere. Recent EU trade agreements signed with Canada and Japan illustrate Europe’s expanding economic opportunities. The EU and Canada signed the Comprehensive Economic and Trade Agreement (CETA) in October 2016 after seven years negotiating the pact. It is still pending full EU ratification, but it has been provisionally in force from September 2017. CETA removed 98% of all tariffs between the EU and Canada, which we would expect to buoy transatlantic trade between the two in the coming years.i

Whilst the Canada deal is relatively small, in July 2017, the EU followed CETA by creating the world’s largest trading bloc with Japan—the Japan-EU Economic Partnership Agreement (JEEPA)—after four years of negotiations. Although JEEPA isn’t operational yet—it is still awaiting European Council and Parliamentary approval—it is scheduled to take effect in March 2019. If it is approved, the EU will eliminate 99% of tariffs on Japanese products, and Japan will erase 94% of duties on EU products (maintaining some agricultural protections), easing trade across countries accounting for 28% of world Gross Domestic Product (GDP, a government-produced measure of economic output) and 40% of world trade by volume (i.e., quantity of goods sold, not value of goods sold).ii

If the EU’s trade agreement with South Korea, which provisionally took effect in July 2011 and became fully effective in December 2015, is any indication, European exporters could see substantial gains. From 2010 (the last full year before the agreement) to 2017, the EU’s annual South Korean goods exports rose from €28 billion to €50 billion (almost 80%), and services exports from 2010 to 2016—the latest annual data available—rose from €9 billion to €13 billion (over 43%).iii We don’t think this can all be attributed to the trade deal, but it likely played a role, in concert with ongoing global economic expansion. When and if JEEPA becomes operational, EU and Japanese tariff reductions will gradually phase in over several years, so we expect the initial impact to likely be small, but we think it should provide a growing economic tailwind and counter prevailing protectionist pessimism.

We think EU trade relations with North America generally are also better than the presumption we have seen throughout the financial press. In April, the EU reached a deal to expand its two-decade old pact with Mexico. Technical details remain in flux, but both sides expect finalisation for approval by yearend after two years of talks. If it is approved, roughly €77 billion in annual goods and services trade will face fewer restrictions and tariffs—likely boosting transatlantic commerce, with the agreement broadening to include digital trade, financial services and investment protections.iv Trade talks with the US are also moving forward. The EU and US issued a joint statement in July targeting lower trade barriers—avoiding auto tariffs—and there are hints at a broader agreement in November. Whilst far from the now-abandoned EU/US free trade deal called the Transatlantic Trade and Investment Partnership (TTIP) negotiators once hoped for, a series of smaller deals—that gets to most of TTIP—may be easier to tackle.

Meanwhile in Asia, the EU is nearing conclusion on free-trade agreements with Singapore and Vietnam. Negotiators finalised deal texts for EU-Singapore trade and investment agreements in April, which like JEEPA now await European Council and Parliamentary approval and member-state ratification before entering into force. Combined trade in goods and services stands around €97 billion annually, which we expect to rise if the deal is approved, considering it scraps nearly all customs duties and overlapping bureaucracy.v The EU and Vietnam finished their deal texts in June. If enacted, over 99% of tariffs will be eliminated over the next decade.vi

Furthermore, the EU is currently seeking to open trade in other areas around the world. Elsewhere in the Asia-Pacific region, talks are progressing with other Southeast Asian nations, Australia, New Zealand and, not least, China. In Latin America, discussions are underway with Mercosur (the regional trade association between Argentina, Brazil, Paraguay and Uruguay) and Chile. And, leaving few corners of the world untouched, the EU is also pursuing deals in Africa, the Middle East and the rest of Europe.

Besides the EU’s trade advancement efforts, the US just inked revised trade agreements with South Korea and its North American partners, Canada and Mexico. These still require congressional approval, but they hint at policy direction, in our view. Despite the US’s tough trade rhetoric—and tariff threats—these actions suggest to us protectionism isn’t the end. Rather, it seems to us it is a means to both a political end (US President Trump currying favour with his voter base) and an economic one (tough talk spurring expanded free-trade pacts). This suggests to us large swathes of the world aren’t taking trade for granted—they are strengthening trade relationships—which benefits global growth and markets. In our view, blanket trade negativity isn’t warranted.