What do Rising Wages Mean for Inflation and Equities? 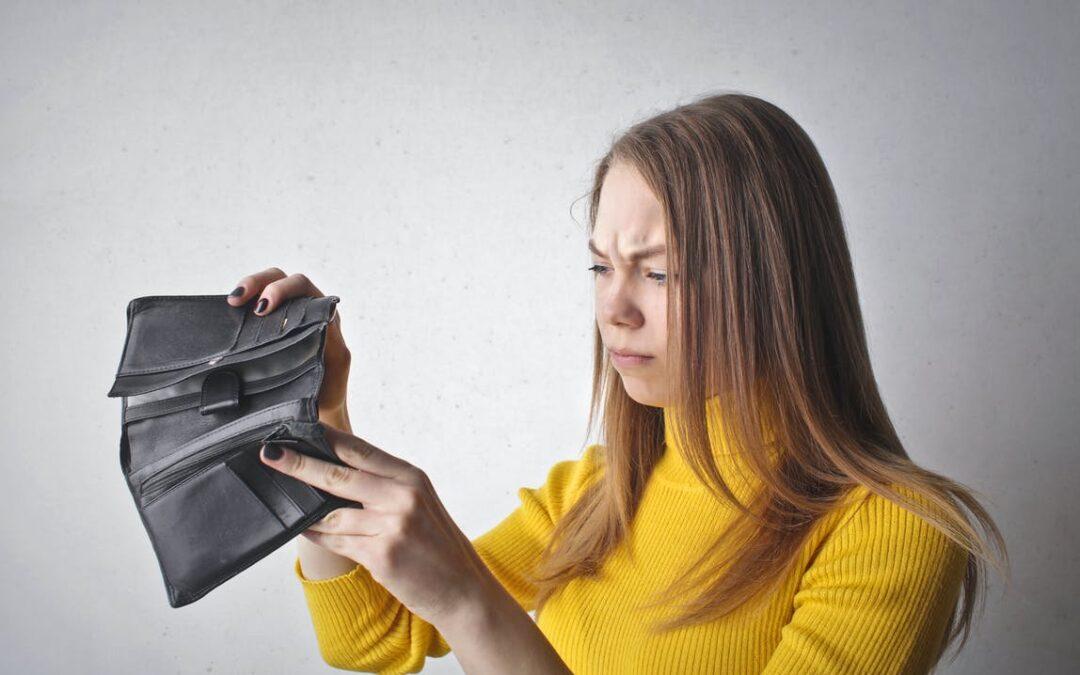 Many fear recent wage gains will cause more inflation, potentially harming the global economy and equities. Historically, economists have tried to draw a link between inflation and wages (or unemployment, in some cases), but wages are the cost of labour and represent just one aspect of overall prices in the economy. Fisher Investments UK doesn’t believe rising wages are a primary determinant of inflation, because wage changes – much like labour markets generally – tend to lag other parts of the economy. We believe rising wages in today’s environment are another symptom from 2020’s pandemic-related lockdowns. Whilst these effects may linger a while longer, we don’t believe they should derail the economy or stocks in the immediate future.

The idea that wages drive inflation first became popular after economist A.W. Phillips created a model called the “Phillips Curve”, which showed an alleged link between unemployment and wages in Britain. In the 1960s, many economists believed low unemployment caused employers to compete for talent by raising wages. The thought was that employers would push those additional labour costs onto consumers to preserve profit margins, which would spur even more inflation – causing the dreaded wage-price spiral. In other words, the Phillips Curve suggested rising wages create inflation.

However, Nobel-laureate economist Milton Friedman debunked this theory, pointing out the Phillips Curve focused on nominal (non-inflation adjusted) wages. Friedman posited that employers account for inflation when setting wages and compete for talent using real (inflation-adjusted) wages. That is, prices rise before wages and salaries, and employees will demand higher pay to maintain their ability to afford goods and services. Employers then raise wages to avoid future employment and production issues. This illustrates why Fisher Investments UK believes rising wages tend to be an after-effect of inflation, not a contributor.

We believe inflation is a monetary phenomenon – the result of too much money chasing too few goods and services. It may seem logical that rising wages would contribute to the “too much money” aspect of that formula, but paying workers more doesn’t really generate more money – it simply reallocates businesses’ spending from other areas (i.e. research and development) toward labour. Fisher Investments UK believes rising wages today are another sign of “too few goods and services” in the sense that there are too few workers and rising wages should help remedy that shortage.

2020’s pandemic-related lockdowns brought most of the global economy to a screeching halt. When the subsequent recovery was swifter than many expected, shortages were likely to occur where demand rebounded faster than supply could keep up. Whilst inflation can be difficult for consumers, higher prices actually help the market work toward a solution. Generally, higher prices incentivise producers to increase supply until prices stabilise. We have already seen this play out in many areas, such as with lumber or energy sources when producers responded to higher prices by ramping up production. Similarly, chipmakers responded to higher semiconductor prices, albeit with longer lead times delaying the supply response.

Like other prices, wages are determined based on supply and demand. A shortage of workers drives up wages, which incentivises workers to put in more hours and draws more people into the workforce. These changes increase the supply of labour and help mitigate future wage increases. For example, whilst the US labour force participation rate has declined over time due to longer-term sociological and economic factors, Exhibit 1 shows how the US labour force participation tends to increase as wages rise. On the demand side, higher wages also prompt some businesses to seek labour substitutes and automation, which reduces labour demand, helping wages stabilise in the future. 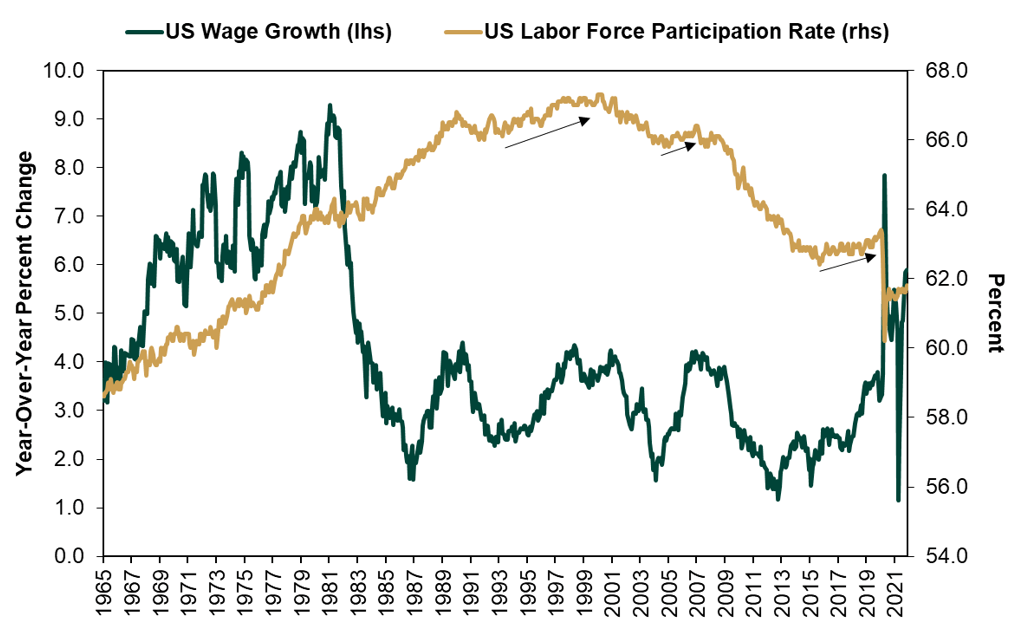 Many investors are concerned about inflation’s potential market impact, but inflation readings are inherently backward looking. They tell you what has happened – not what is going to happen moving forward. Equities, on the other hand, are forward looking and price in all widely-known information and expectations for the future. As more investors fear elevated inflation, equities price in those expectations, limiting its potential to surprise and affect the market. Fisher Investments UK believes investors are best served taking recently high inflation rates for what they are: elevated price gains arising from temporary dislocations that should abate with time.