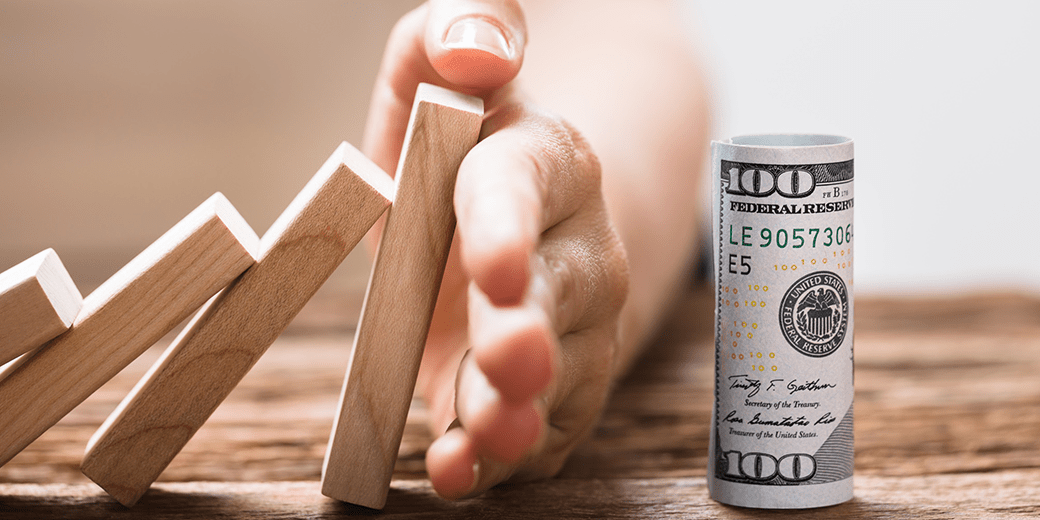 Emotions and tensions are running high in the wake of America’s recent elections. Yet, stocks have pushed forward, reacting in their typical cold, emotionless, forward-looking fashion. Why? Because stock markets focus not on any particular political race’s outcome, but on the election’s resulting balance of power.

“Gridlock can frustrate voters,” says Ken Fisher, founder and executive chairman of Fisher Investments, “but stocks love it. I’ve studied politics’ influence on markets for decades. The one constant I’ve seen is that, in developed-country markets, stocks do best when legislative risk is low.”

Several factors built into the US political machine make gridlock a frequent outcome.

First, the US Constitution separates governmental power into three co-equal branches. The legislative branch, known as Congress (comprising the House of Representatives and the Senate), creates and approves laws. The executive branch, led by the president, implements and enforces laws. Finally, the judicial branch interprets and applies the law. This divided power helps ensure new laws are painstakingly created, rigorously debated and adjusted, and faithfully enacted. This structure also requires the two dominant political parties, Democrats and Republicans, to compete for and share power. Power-sharing and politicians’ desire to stay in power often mean legislative compromise, which can dilute new laws and regulations to help appease broader swaths of the voter base.

Second, the balance of power is under persistent threat because of the differing terms of office for leading members in these branches. The president’s term is four years. Senators serve six-year terms. Representatives come up for re-election every two years. In the middle of a president’s term, about a third of senators and all representatives compete for their seats. The results are an almost-continual recalculation of the political arithmetic required to enact legislation and a frequent shift in Congressional control toward the party that doesn’t control the White House.

A third force is particularly relevant this year—congressional redistricting. Every decade, Congress reallocates its 435 House seats based on the most recent census. Each congressional district within a state is meant to contain approximately the same number of people. With redistricting, states with more than one representative may need to redraw their congressional districts to even out the numbers. This creates uncertainty if redrawn districts change the demographic splits between Democrats and Republicans. “There will be many representatives uncertain of whom their future voters will be,” says Ken Fisher. “They’ll likely shun extreme legislation to give themselves some political cover. That means gridlock in abundance—and earlier than the usual mid-term appearance.”

“Gridlock is good” is a common stock market mantra—the idea being that difficulty passing big, sweeping legislation helps reduce market uncertainty. “In my experience,” says Ken Fisher, “stocks move on the difference between expectations and reality.” Any new legislation benefits some (a gain) and hinders others (a loss). Behavioural finance tells us that people hate the pain of loss vastly more than they appreciate an equal-sized gain. So those hindered by new legislation really hate it. Others fear they may be next to feel the pinch from new legislation. This uncertainty can create volatile stock returns.

Whilst voters might not like it, gridlock helps create the certainty that stocks often prefer. That’s why we believe political gridlock can be a bullish stock market force.

The path to gridlock

New US presidential administrations arrive on a tide of big ideas and bold campaign promises. In these early days, the president often has the most political capital. “That’s why there’s so much talk in US politics about a new president’s first 100 days,” says Ken Fisher. “It’s also why President Trump’s tax cuts came in 2017, his inaugural year. Ditto for President Obama’s early-2010 healthcare overhaul.”

Mid-term elections will also be a significant factor for President Biden, who is the first Democratic president without a clear Senate majority since Grover Cleveland in 1885. Biden starts his term with a narrow House majority and a Senate that’s evenly split between Republicans and Democrats. That means Vice President Kamala Harris will serve as the tie-breaking vote in her role as president of the Senate.

Such tight Congressional margins mean gridlock could begin in earnest well before and amplify during mid-term elections, driven by both Democratic intra-party pressures as well as Democrat-Republican face-offs. “Gridlock’s effect on stocks usually takes time,” says Ken Fisher, “since investors need to see sweeping change isn’t coming. But this year? The early gridlock likely means no waiting—like Christmas in July.”

The benefits of US gridlock aren’t only for US stocks. Whilst each country’s stock market has its own unique drivers, US and non-US developed markets typically move together. Non-US developed-world stocks have a +0.85 correlation with US stocks over the past 20 yearsi—relatively strong, considering -1.0 is an inverse relationship and +1.0 means a perfect correlation. This positive correlation is good news for non-US stocks because it means that when gridlock buoys US stocks, their non-US developed-world colleagues often move in the same direction.

The fact that the correlation is less than +1.0 means there is potential long-term benefit from diversification in holding both US and non-US stocks. Correlation below +1.0 signifies there is room for one category to underperform or outperform the other over certain periods of time—often by a wide margin. Since categorical leadership (i.e. US versus non-US stocks) trade-off is often unpredictable, we believe it is prudent to have a well-diversified portfolio that contains both.

Political developments will continue to garner headlines and stoke fears as they routinely do, but Fisher Investments believes false fears can be bullish, pushing stocks higher as those fears prove more benign than expected. Whilst politics is, of course, only one factor that affects stock returns, after a tense US election, we believe gridlock likely ensues and provides a tailwind for stocks around the world.

Interested in other topics by Fisher Investments UK? If you have £250,000 or more to invest, get our ongoing insights, starting with The Definitive Guide to Retirement Income.

i Source: FactSet. Correlation calculated between MSCI USA and MSCI ex USA indexes, based on weekly returns from 19 January 2001 to 15 January 2021.