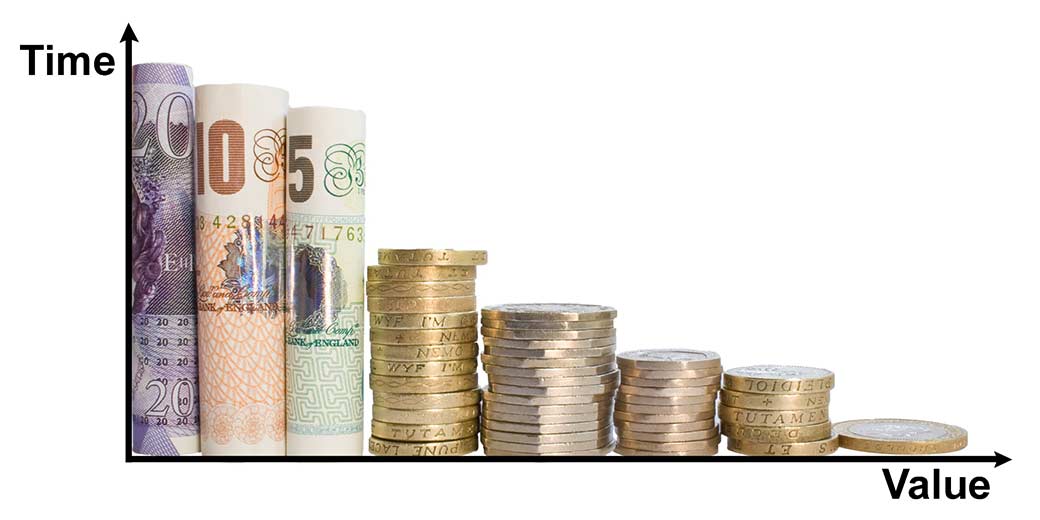 With eurozone inflation below the ECB’s target of just under 2%, explanations—and policy solutions—abound amongst financial publications we review regularly. To help you understand the situation, here is a guide to what inflation is and what drives it.

Inflation is an economy-wide rise in prices.

To measure prices nationally, statisticians use a representative basket of consumer goods and services and aggregate these prices on a monthly basis into a consumer price index (CPI). The year-over-year percentage change is the annual inflation rate. Whilst headlines often use this metric when discussing inflation, CPI and other broad national gauges don’t necessarily reflect your personal cost of living. Individuals’ expenses vary depending on myriad factors ranging from where you live to what kind of services you utilise—and these categories can experience very different inflation rates.

If inflation is too high, the economy could overheat, and households could lose purchasing power. Too low—or negative (deflation)—and it could signal shrinking money supply or capital not getting to the companies and households that need it, which history shows is potentially negative for economic growth.

As University of Chicago economist Milton Friedman once summarised: “Inflation is caused by too much money chasing after too few goods.”i Money generally refers to money supply, which has different measures. The narrowest is the monetary base, which includes bank reserves, notes and coins in circulation. Central banks have direct influence over this. But broad money supply—measured by M3 in the eurozone and M4 in the US and UK—includes everything that functions as money, including bank deposits, money market funds and very short-term debt securities like commercial paper. The financial system creates broad money through lending.

How does this work? The ECB currently requires banks to hold at least 1% of their loans in reserve. This means for every €100 a bank has on deposit, it can lend €99. This lending creates new money for wider use in the economy, which people can then deposit and banks can use to back more lending, repeating the process. Loan multiplication plays a big role in money velocity—how quickly money changes hands—which is the “chasing” in Friedman’s definition. When bank lending is abundant, money supply and velocity often accelerate, which can fuel faster inflation if production of goods and services doesn’t keep up.

Thus, a parallel question to “what causes inflation?” is, “what causes faster loan growth?” In our view, the spread between short-term and long-term interest rates—the yield curve—is the primary driver. Banks’ funding costs are short-term interest rates, and their revenues derive from charging long-term interest rates on loans to households and businesses. The yield curve’s spread therefore represents banks’ profit margins. The wider the spread—i.e., the steeper the yield curve—the more incentive we think banks have to lend. But if long rates are below short rates for too long, lending can freeze, leading to flat or falling money supply—which can stall economic growth.

Some popular inflation explanations don’t hold up, in our view.

Some see government budget deficits as inflation’s root cause. But deficits, on their own, don’t increase the money supply. They may increase the velocity of money if they stem from higher government spending. But unless governments and central banks “monetise” new debt by creating money to buy and retire it, there is no net increase in money supply. Japan has run budget deficits for decades with next to no inflation to show for it. Others think energy price spikes are the culprit. But a brief history check also leaves this idea wanting. Oil prices spiked in 2008 and again in 2011. Fast-rising global inflation didn’t follow.

What can the ECB do about low inflation now?

We think the ECB can alleviate some of the pressures influencing the eurozone’s narrower yield curve spreads, which are seemingly weighing on banks’ desire to lend. In our view, two problems—which the ECB views as solutions—stick out: quantitative easing (QE), the ECB’s fixed-interest security buying program intended to lower long-term interest rates and spur domestic demand; and the Central Bank’s negative interest rate policy.

QE helps depress long-term interest rates and flatten the yield curve. Ending QE should allow long-term interest rates to rise, steepening the yield curve—encouraging lending, which would then boost inflation. The ECB’s negative short-term interest rate policy has distorted profitability without encouraging lending.iii Whilst negative rates aim to incentivise lending, most banks still won’t do so if it isn’t worth their while—in practice, it seems the ECB is simply taxing banks’ cash holdings. Rather than lend, banks have found other ways to dodge the cost, like buying fixed-interest securities (further depressing long rates) or charging depositors—mostly large, institutional clients at this point.

What the ECB will do is another question, but central banks that ended QE—like the Bank of England and US Federal Reserve—saw bank lending accelerate thereafter. That said, the ECB’s QE and negative rates haven’t stopped loan growth—eurozone lending has grown on a year-over-year basis since May 2015.iv But these policies are unnecessary headwinds, in our view—and a big cause for the mystery surrounding the eurozone’s lower inflation.

Interested in other topics by Fisher Investments UK? Get our ongoing insights, starting with your free copy of Your Net Worth.