China’s Economic Outlook: What Does It Mean for Europe? 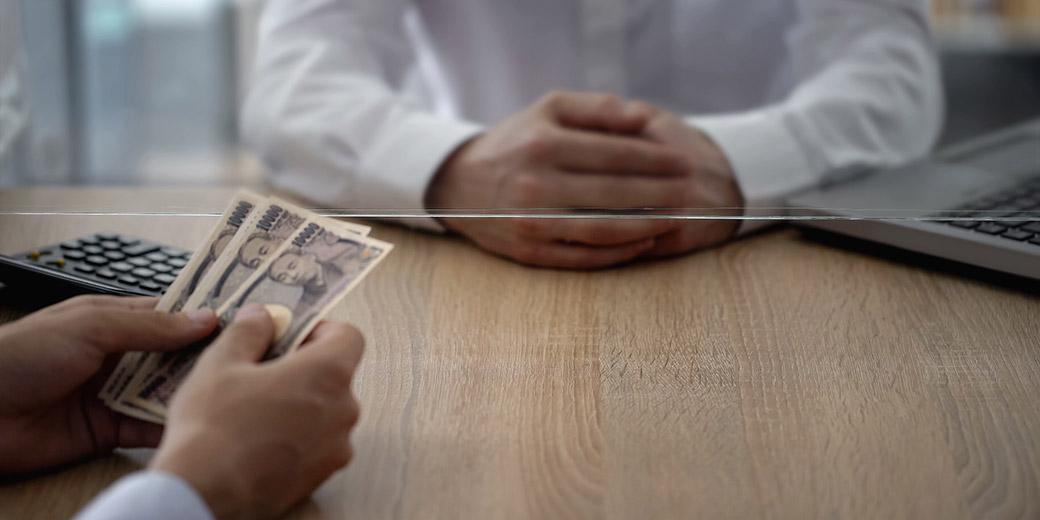 Will a weakening Chinese economy hurt European exporters and drive a new continental recession? Fisher Investments UK has seen this question pondered throughout financial news outlets in recent months, especially as eurozone manufacturing readings weakened and German gross domestic product (GDP, a government-produced measure of national economic output) contracted in Q2 2019—with many fearing a repeat in Q3. Indeed, China is a key export market for many eurozone nations, and as shown below, data suggest weaker Chinese demand has been a headwind for eurozone economies in recent months. But Fisher Investments UK also sees evidence of underappreciated economic potential in China, which we think likely sets European economies up to positively surprise.

Chinese economic growth is indeed slowing, but it isn’t a sharp, sudden slowdown—the long feared “Chinese hard landing.” Rather it is gradual and mostly consistent with policymakers’ stated goals. China’s GDP grew 6.0% y/y in Q3, which was slower than Q1’s 6.2% but within policymakers’ full-year growth target range of 6.0% to 6.5%.i The slowdown was incremental, echoing the trend of the past several years, as shown in Exhibit 1. China’s economy doesn’t appear to be plunging off a cliff.

Exhibit 1: Slowing Growth in China Is the Norm 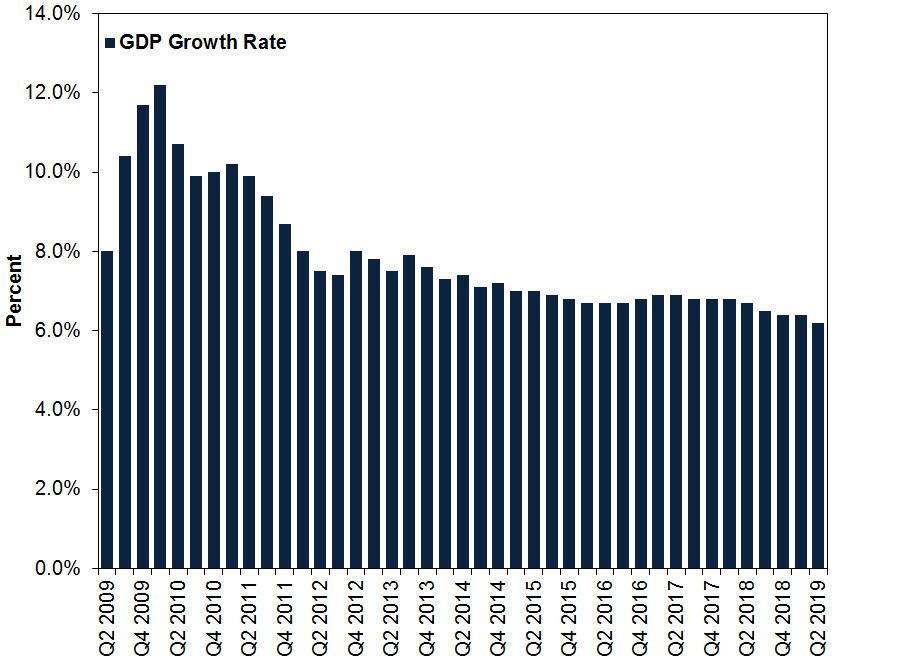 Offering a more granular look at China’s economy are its monthly Purchasing Managers’ Indexes (PMI)—surveys showing the percentage of businesses reporting expanding activity. China’s National Statistics Bureau produces PMIs for manufacturing and non-manufacturing—which includes the service sector—as well as a “composite” index encompassing both. Readings over 50 indicate expansion. As Exhibit 2 shows, non-manufacturing has topped 50 for the past five years, even as manufacturing has contracted at several points along the way, including the past four months.ii Whilst manufacturing receives much of financial commentators’ attention, the service sector generated 53.5% of Chinese GDP in 2019 through Q3 and grew faster than heavy industry.iii When the biggest segment of a national economy is growing the fastest, that is likely a sign the economy, overall and on average, is in good shape despite some pockets of weakness. 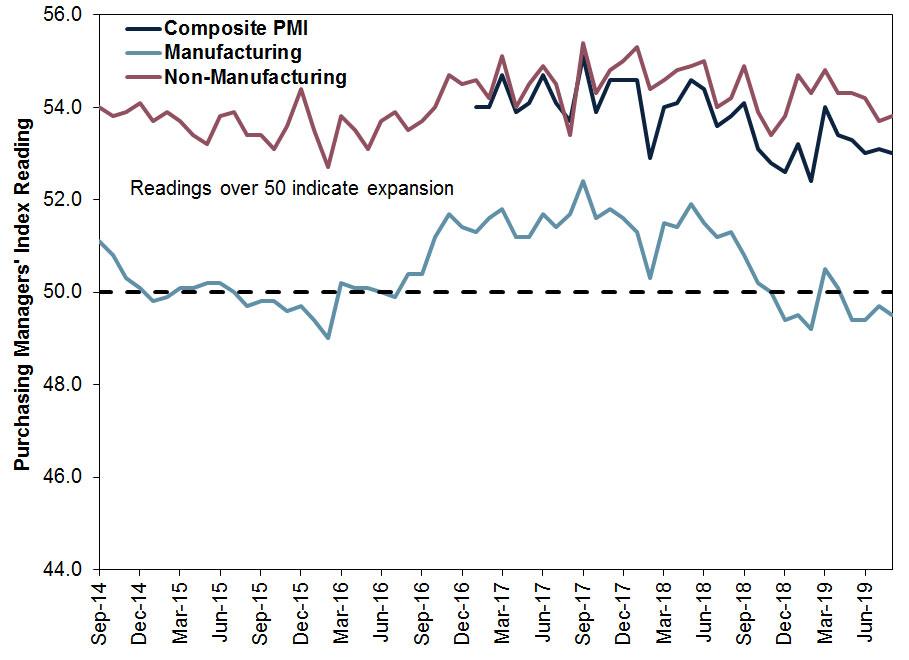 Yet China’s pockets of weakness have economic headwinds for the eurozone. Eurozone exports to China fell -1.2% q/q in Q2, contributing (along with reduced demand from the UK) to total exports’ -0.9% decline.iv Most of Q2’s decline came courtesy of June’s -2.1% m/m slump, which preceded a volatile July and August.v In July, exports tumbled 2.5% m/m—only to rebound by the same amount a month later.vii

This is all in the past, however. Equity markets are forward-looking. Therefore, for investors, Fisher Investments UK thinks it is worth asking: Is Chinese private-sector demand likely to remain weak? Answering that requires exploring what drove the weakness. In our view, whilst many pundits focused on tariffs—and tariffs may indeed have impacted heavy industry to an extent—evidence suggests the real trouble began before most tariffs kicked in. That hints at another cause being behind the weakness, in our veiw: Chinese regulators’ crackdown on non-bank lending. Policymakers’ stated goal was to rein in profligate municipal governments and stem a large debt buildup. But small private businesses were the primary beneficiaries of non-bank lending. They ended up entangled in the crackdown as well.

Traditionally, China’s state-run banks lent primarily to large state-run corporations, forcing small and private firms to seek funding from non-traditional sources. Regulators’ tightening oversight of these so-called “shadow banks” starved millions of small private firms of funding, hampering private sector demand. Chinese regulators have taken several steps to address this in recent months, including successive rounds of fiscal and monetary stimulus as well as new policies to encourage traditional banks to lend to small businesses. There is some evidence this is starting to bear fruit. Chinese companies seemingly have ample access to credit to fuel further growth. Money supply growth—which fuels ongoing economic growth by providing liquidity to support economic activity—steadily continues. It hasmaintained growth above 8% y/y each month all year, most recently clocking in at 8.4% in October.viii Credit growth, a primary driver of money supply, has slowed only slightly. Total social financing, a measure including bank and non-bank lending, rose 12.3% y/y in October, slowing only a tad from June’s 12.4% rate.

For eurozone investors Fisher Investments UK thinks this possibly leads to an economic reality better than expectations. China’s economy has mostly slowed since the last eurozone recession, but it hasn’t caused a renewed downturn in Europe. Meanwhile, we think China’s new efforts to boost growth add further reason to doubt that a slower Chinese economy will drive slower growth in the eurozone.

Interested in planning for your retirement? Get our ongoing insights, starting with your free copy of The Definitive Guide to Retirement Income.