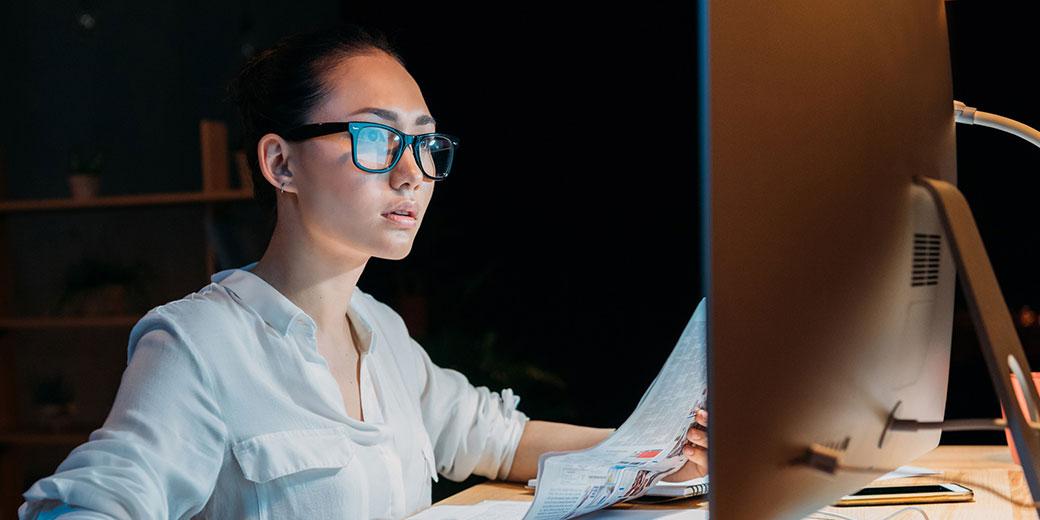 In our view, markets move most on the gap between reality and folks’ emotions or expectations about reality—sentiment, broadly. Today, we think quantitative and qualitative measures of sentiment suggest investors are increasingly dour about the eurozone’s prospects. Whilst we have seen some in media argue this is troubling, to us, it is a sign expectations are too low, increasing the likelihood reality positively surprises investors, boosting markets.

Recently, we find many news articles and commentaries pointing fearfully to weakening manufacturing purchasing managers’ indexes (PMIs)—surveys estimating the percentage of businesses that grew in a given month. German and eurozone manufacturing PMIs fell below 50 throughout Q1, suggesting fewer than half of companies responding grew during the quarter.i Coupled with Brexit, trade frictions with the US and China’s slowdown, these allegedly looming headwinds appear to be torpedoing sentiment. But manufacturing PMIs’ downdraft and associated fears aren’t new and are likely already reflected in markets, which discount widely known information, opinions and forecasts near instantly, in our view.

Fund flows and equity valuations also hint at a dour mood. One brokerage house recently noted European equity funds have experienced 50 consecutive weeks of net outflows—withdrawals exceeding new purchases—the longest stretch in a decade.ii We think fund flows are an imperfect measure of sentiment since they don’t say what the seller did with the proceeds. Nevertheless, nearly a year’s worth of retail investors’ selling equity funds suggests to us pessimism is fairly extreme.

Meanwhile, eurozone valuations are near historic lows relative to global peers.iii The MSCI EMU Index’s price-to-earnings (P/E) ratio, which divides share price by earnings per share, is about 15 currently.iv This means investors are currently willing to pay about 15 times eurozone corporations’ earnings per share. The US’s P/E is now about 20, so eurozone shares trade near a 25% discount to the US.v That is almost twice the historical average discount. Now, we don’t think valuations—relative to their own history or compared to others’—are predictive. Low valuations can always go lower and high valuations higher. However, at extremes, we think valuations can provide a useful sentiment gauge. At the moment, investor sentiment towards the eurozone seems overly pessimistic to us. 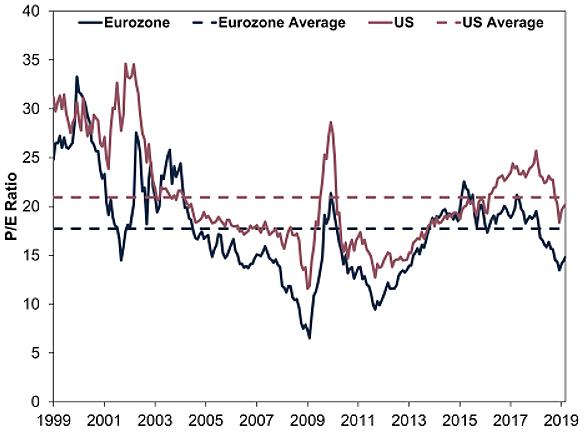 Surveys echo these points. The ZEW Economic Sentiment Index for the eurozone has been below zero—indicating pessimism—since June 2018, despite positive gross domestic product (GDP) growth throughout.vi The IFO Economic Climate for the eurozone dipped below zero (also indicating pessimism) in February for the first time since 2014.vii Meanwhile, the Sentix Investor Confidence Index for the eurozone fell below zero (pessimism again) in December and has remained negative since, near its lowest levels in over four years.viii According to one widely followed industry survey in mid-March, global fund managers’ most popular trade is short European equities—that is, borrowing shares to sell in the expectation prices will decline, allowing you to buy them back cheaper later.ix (Instead of buying low expecting to sell higher, you reverse it—sell higher expecting to buy back lower.)

However, we think the consensus view doesn’t usually prove prescient, because the recent past influences it heavily. With a gloomy outlook priced in—for several months—and investors positioned for it, if reality isn’t bad as feared, it could positively surprise markets.

In our view, investors’ dour attitudes toward the eurozone have priced in a reality far worse than is likely to materialise. We think that is a recipe for a bull market ahead.